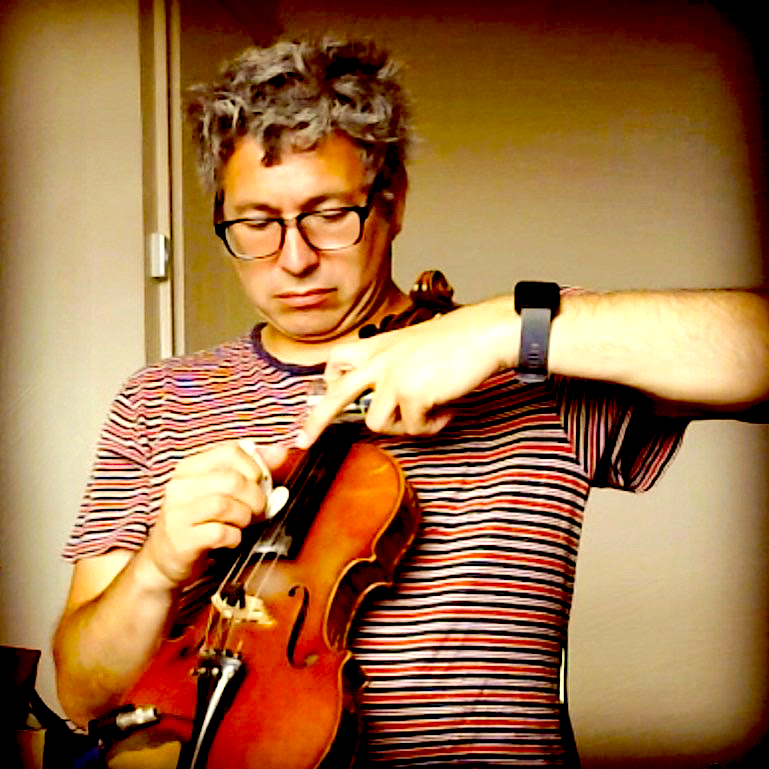 On 6th November I released my album, remote music, which consists of realisations of a small set of postcard pieces for multiple violins, written, recorded, and mixed during lockdown this year. This project was, to some extent, initiated by two small projects I took part in. The first was a postcard piece open call by the composer and performer Alwynne Pritchard and the second was for a short response by pianist Simone Keller. Indeed, Simone featured the piece I wrote for her, KanonE, for an all-day festival she was involved, and was part of the music played for a sound installation by Marcel Zaes. A new version of KanonE has been made especially for this album (the original version can be heard on my SoundCloud page). I have already written about this particular piece fairly recently.

The short pieces that feature on the album focus upon small groups of materials, explored in short forms, many of which involve my improvising according to a set of instructions—either precise or suggestive—stated in the postcards themselves. The one postcard that goes against this is Postcard #2, realised here for 2 violins. In the recording I had considered the sound itself as a notation which both ‘players’, or parts respond to constantly. Since both players were myself, this involved a process of accumulating a series of short recordings that would serve as a ‘notation’ for myself, as the ‘second player’, to respond to, while still focusing on the bottleneck technique I have been developing recently. This means that no score for this piece exists, and I was against creating a score after the having recorded the piece.

A further piece that does not exist strictly as a postcard is the final work: There is an infinite number of version of us, which is also the longest piece at 12 minutes. This work was composed as a violin duet, and consists entirely of long held harmonics, some of which are very difficult to hold down for the long durations involved. Each ‘bar’ has a length of 36″; the harmonic written is held for that duration, and obviously it is longer if it is tied onto the bar that immediately follows. As I write in the notes for this piece the title was inspired by a geometric mirror piece by Olaffur Eliasson at the Fundacao Seralves in Porto, as part of his work The listening dimension (orbit 1-3), 2017. Eliasson fills a room with round, geometric hoop-like shapes made of wood, on each wall are large mirrors so the viewer is involved in the image as well as the continuous lines produced by the reflections and the hoops. Obviously at some point one sees the classic infinity-mirror effect where it is unavoidable for the viewer not to be a part of it.

I am very grateful to the Arts Council England for providing the financial support from their Emergency Covid Fund that allowed me to work on and complete this album.