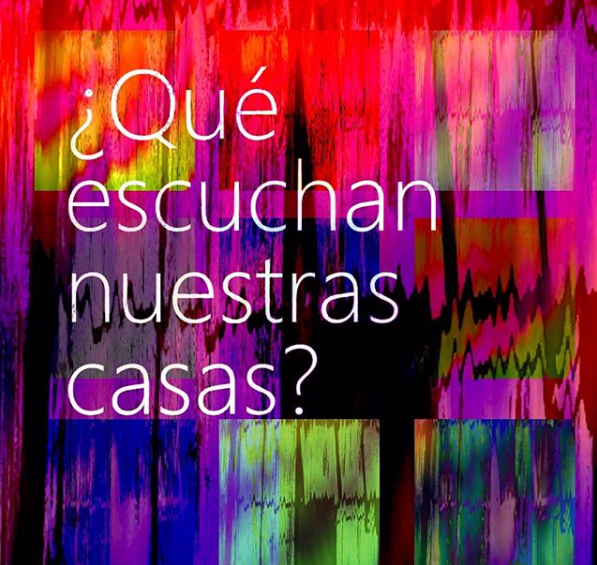 During the summer Keith Helt, of pan y rosas discos sent out a call for ideas/recordings/concepts that were inspired by the situation of the lockdown itself and of social distancing. This call was instigated by Mariela Arzadun who is a sound artist based in Buenos Aires, and helps coordinate ViviEntes Ciclo. ViviEntes Ciclo are a collective of experimental sound and video artists that broadcast their work every Tuesday, at 8pm (ART). Previous videos of theirs can be viewed here. Their interest in this call was to create a compilation and release this as a Bandcamp album. In the call their questions were:

What does and how does our preventive social isolation sound like?

How do we inhabit and how are inhabited by this new reality?

What sound path do our bodies create in this space?

A Bandcamp Album has been released and can be accessed here.

While rehearsing with Trio CZW, I thought up concepts that could be tried out in short 5-minute run-throughs. At times this has produced interesting results that I then went onto develop as work for my upcoming violin album and beyond. The outcomes are that ensemble members listen more keenly, or even learn to play without needing to listen, where someone might be playing in spite of the others in the room. During a rehearsal over the summer I set up two simple situations in which the distancing, either merely physical or social (i.e. those that emerge between people) provide the impulse for improvisation. I made a number of recordings the best two of which I sent to Mariela/ViviEntes Ciclo.

The first piece (not selected) is called shorts. The text I wrote about this reads as follows:

“This miniature focuses on rapid and gestural playing followed either by a pause or a held resonance. We were interested in a version of ‘moment form’ as a way of translating the sense of meeting each other in person after so long. One of the ideas suggested focused on how to respond to each player, or sound. Each short statement by each player should either occur because of what someone else had played, or in spite of, or simply in parallel to what someone else is doing. These responses could even include ‘embarrassing’ material, like in a conversation with someone you haven’t seen in a good while, where someone might say something insensitive or ‘out of turn’, or even dwell on repeated phrases.”

A recording can be heard here.

The recording selected for the compilation is front room distanced ;I wrote:

“In June this year we finally got the chance to meet up and play together after a long while. We rehearsed in the front room of  Maureen’s house, we were interested in using the distancing of the way we were seated. Before playing the instruction we agree on was to respond to the distance between us, and to translate this into our playing by concentrating on either held notes (like drones) or active, and rapid playing.”

The launch of this album will take place at 8pm (ARG), on Tuesday 7th October, and, accompanied by a chat, will be streamed direct from Buenos Aires. The link is here:.