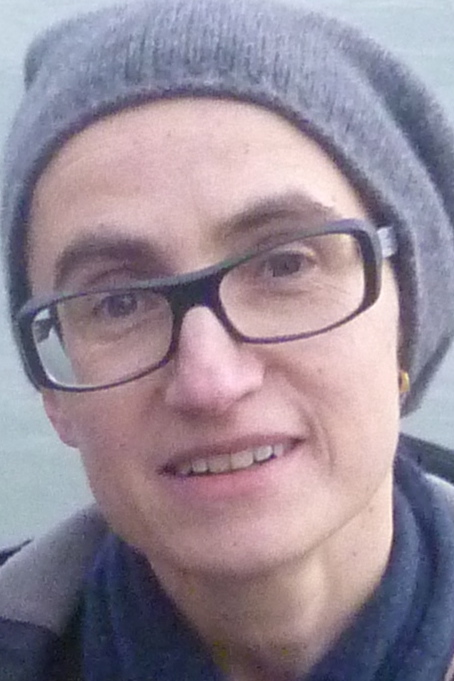 Early last year Lauren Redhead and I set out to commission Swiss composer Annette Schmucki to write us a work for organ and live electronics. Our idea was to undertake a collaborative project in some form or other. Annette wrote back with questions about what kind go collaboration we might be interested in and what it might mean for us. After the usual kinds of information about the organ and about what kinds of electronics I might be interested in doing Annette asked us to record a set of sentences derived from our email contact that we had been having until that point. These sentences were ordered alphabetically, all we had to do was record them. This was how our collaboration with Annette begun with her work 54 stops, the final score consists of a set of instructions on how to work with and against the fixed media part. The fixed media consists of two channels, each one dedicated to each of our (Lauren and I) voices reading out the sentences Annette had wanted.

Annette Schmucki is a highly successful composer of experimental music and is based in Switzerland. Her work can often be heard in contemporary music festivals all over Europe; in addition she is involved in two further collaborative projects: ‘band‘ (with pianist Petra Ronner), and BlabLabor (with Reto Friedmann). Throughout her career her main interest has been to interrogate and research music and language where (instead of merely setting text to music) the main interest is in creating a dialectical mixture of both music as language, and language as music, and these concerns are close to those of the OULIPO. Schmucki’s work directly addresses the rich set of creative problems when music and language (both in written and in spoken form),  are paired together. In January this year I interviewed her about her work and specifically about the piece she wrote for us. This interview is due to be published in a forthcoming edition of Contemporary Music Review, hopefully later on this year.

54 stops is conceptually very concise; it consists of a fixed media part, and a set of instructions for both the organist and the live electronics part. Both players read the same text as this is what is played through the stereo loudspeakers. For the organist every successive sentence is assigned a number (1-8). These numbers relate to 8 different playing instructions while the sentence is being heard (repeat chord, hold long note, change registers, etc). The same goes for the the electronics part, where 8 different filter settings are coupled to the 8 numbers, however there is one number that gives me the option to pause the tape midway, which, in turn, Lauren will have to respond to in concert. This work not only exists in a concert version lasting approximately 10 minutes, but also as an ‘installation’, or extra-long version lasting approximately 45-50 minutes. We have performed this work at the Ideas of Noise and Electric Spring Festival in its concert version, we will perform the premiere of the longer version at the Musikpodium Der Stadt, Zürich Festival in May next year.

We are also very happy to have received funding from Pro Helvetia to support this project.