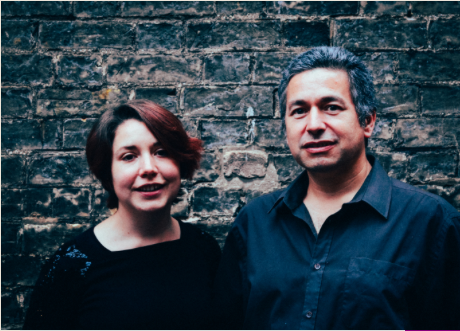 In May this year Lauren Redhead and I were due to perform at the Tectonics Festival in Glasgow. Unfortunately this has been postponed, the festival themselves have released an official message for performers and the public. Obviously this was a great shame as we were very excited about performing in Glasgow at last, but the omnipresent pandemic made this, and all other public events impossible. The good news is that all the musicians and performances planned for May this year will be moved to 2021.

Our concert will be of work by a mixture of composers: Huw Morgan, Michael Bonaventure, and two works by Lauren Redhead. In the past Huw Morgan and Michael Bonaventure , Lauren Redhead and I have collaborated as a organ + live electronics collective called Automatonic, many of our concerts have been converted into online album publications on BandCamp. Our most recent concert together documents our live performance at St Stephen’s Church, Bristol, last February. Lauren and I have recorded work by Michael and Huw, (as well as Jesse Ronneau) for our CD Diapason (sfz).

Michael Bonaventure is a highly accomplished organist and composer, as an organist he has premiered over 120 pieces, has recorded countless CDs, amongst which are the four volumes of Contemporary British Organ Music (on the sfz label) and the highly acclaimed recording of Olivier Messiaen’s Livre du Saint Sacrement (Delphian Records)—recorded in 2008 at St. Giles’ Cathedral in Edinburgh. We very much look forward to working on his music next year.

Last year we took part in the Norwegian Festival Only Connect, in Stavanger. The chief organisers were nyMusikk, and this festival took part in collaboration with Tectonics. We performed Mesias Maiguashca’s masterpiece for organ and electronics Nemo’s Orgel, a piece we also performed in a completely different International Conference for Live Interfaces at University of Sussex in 2016, that link directs to a video recording on YouTube. I have written about our very positive experiences in Norway here , on our broadcast and interview in Norway, and the broadcast of our performance on the New Music Show, on BBC Radio 3. We very much look forward to performing our program in Glasgow in May next year, and hopefully the worst of the pandemic will be well behind us.