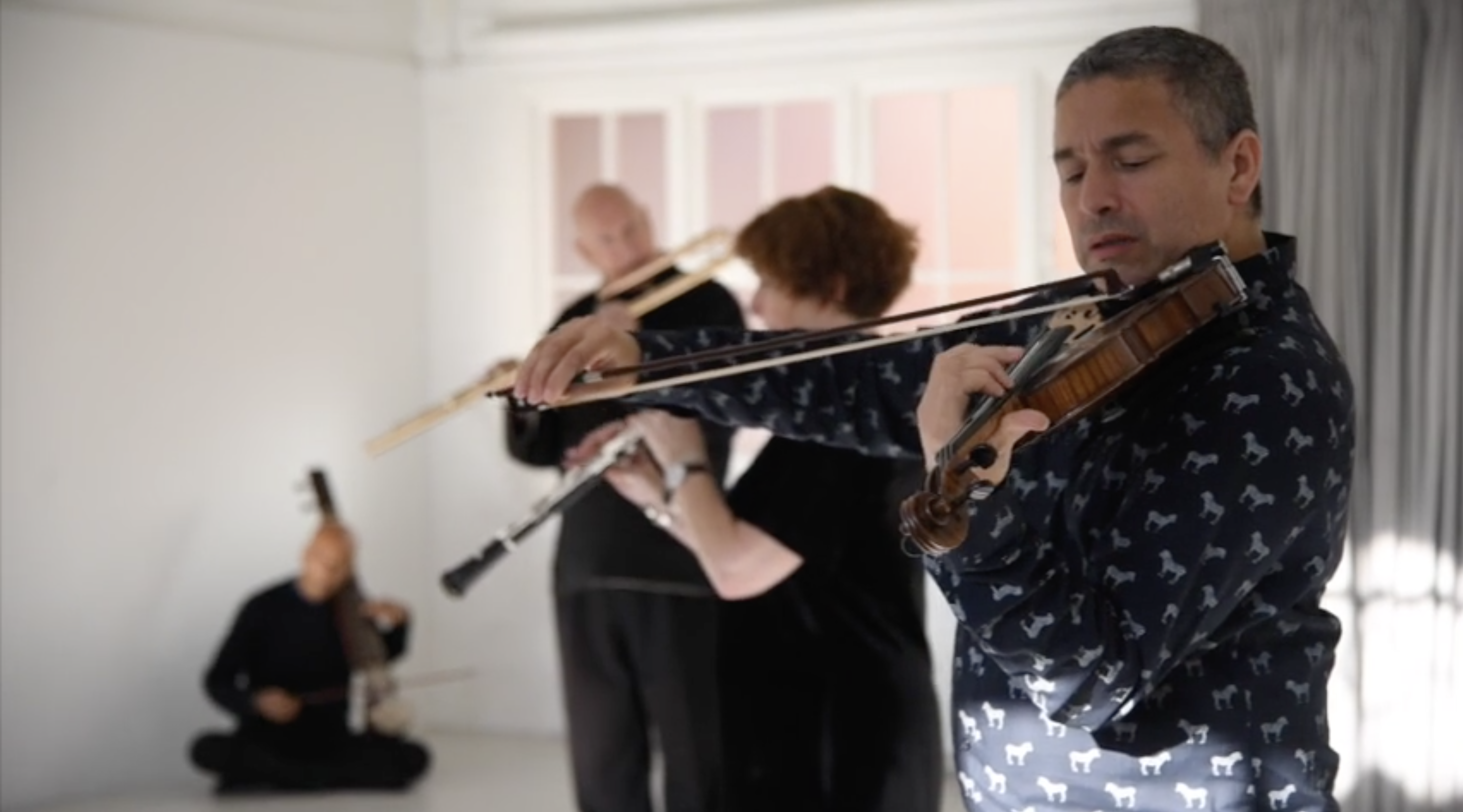 Earlier this month (December 12th) the whereness quartet had a roughly 30 minute set performed online via the twitch.tv website, on the Jefferson Park EXP page. This in turn is organised by Keith Helt, who, as well as being an improviser himself, is in charge of Pan y Rosas Discos, which is an online label of chiefly experimental and improvised music. On the day our set was paired with a set by sound artist Lyn Goeringer, who we hadn’t met before, so this was a great way to meet her and encounter her work. Further details of our and Lyn Goeringer’s sets can be read on the pan y rosas site here. These sets can be heard on the Jefferson Park EXP Twitch.tv page every Sunday at 2pm (Chicago), or 8pm (UK time). Looking at the archive on the vimeo page, there is a great many sets ready to view and hear, in particular of sound artists and improvisors that are new to me; in particular I have been very impressed by repeated viewings of Lauren Sarah Hayes‘ set and video.

The whereness quartet was instigated by Paul Cheneour(flutes) in order to expand on his more established duet with Ansuman Biswas‘ (tabla and percussion). Around September this year both Maureen Wolloshin (oboe) and I decided to meet up to rehearse and improvise with them together, without any grand plans about how it could go further. Since then recordings of our rehearsing have already contributed toward the production of a CD, and an outdoor concert in Kent. I have already written about the whereness quartet and my involvement in it on this website here. For our set we decided on presenting 2 short improvisations (Pan and Amp)plus one long 14 minute improvisation (The Last Waltz). Our rehearsal was filmed by Iwona Stachov, and the films for Pan and Amp were edited by both Iwona and Ansuman. Lauren Redhead composed a film for The Last Waltz, which is placed in the middle of the set, after Pan.Here is the video recording of our set via the pan y rosas / Jefferson Park EXP Vimeo page.